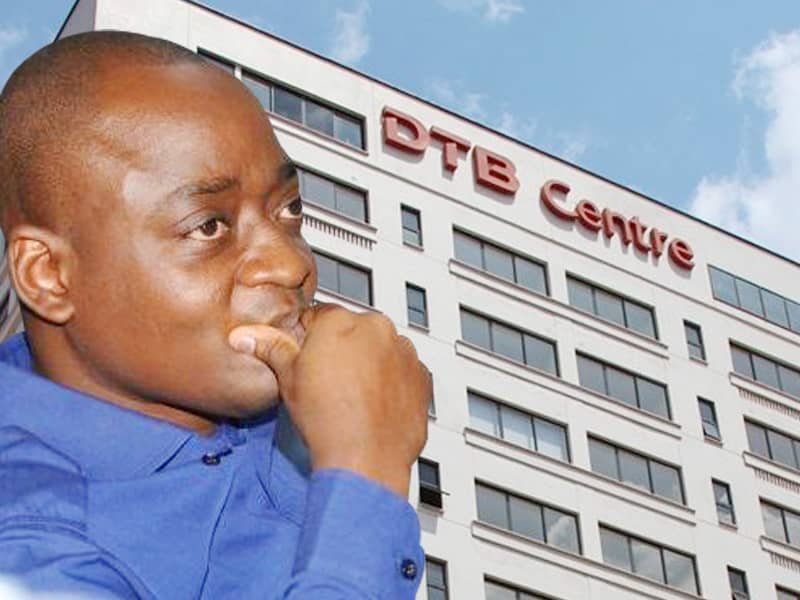 City businessman, Hamis Kiggundu's case versus DTB Uganda and DTB Kenya has had several legal twists and turns with the businessman pulling off a surprise at every corner

Diamond Trust Bank Uganda and Diamond Trust Bank Kenya, have in a joint statement said they are both “aggrieved and dissatisfied” with yesterday’s High Court ruling in which court ruled that city businessman Hamis Kiggundu does not owe them any money and that instead it is they who owe him money.

“We find it both unfair and unjust and have decided to appeal the decision,” the two banks said in a joint statement adding that they had immediately filed a notice of appeal.

Yesterday, October 7th 2020, Hon Justice Dr. Henry Peter Adonyo of the Commercial Court agreed with Ham’s lawyers that DTB Bank Kenya, did not have a license to conduct banking business in Uganda and therefore the credit facilities it extended to Ham’s business were contrary to the Financial Institutions Act 2004 (as amended) and as such were illegal and unenforceable.

Court, according to the banks’ statement went on to declare that the businessman and his two companies, Ham Enterprises Ltd and Kiggs International (U) Ltd did not owe the two bank’s any money.

Subsequently, the judge also ordered that the banks unconditionally release the titles of the properties mortgaged by the businessman. Court also, among other orders issued a permanent injunction against the banks from enforcing the mortgages.

The calm before the storm: how did we get here?

Sometime in 2019 the two banks commenced foreclosure proceedings against Ham Enterprises Limited and Kiggs International (U) Ltd for the recovery of outstanding loans in the sum of about USD$ 10,000,000 (UGX.36.9 billion). Mr. Kiggundu, then filed HCCS No.43 of 2020 in January 2020 claiming that he had repaid all the loans and therefore the banks had no claims on him or any of his businesses.

The banks contested the claims and filed a joint defence saying that the loans had not been settled which is why they were foreclosing the properties. The banks also denied ever wrongly withdrawing any monies from any of Ham’s accounts.

Mr. Kiggundu then proceeded to file a Constitutional Court petition, challenging a mandatory requirement to deposit 30% of the amounts under contest and alongside the Constitutional petition, filed for an injunction to stay the proceedings on the main case to allow the Constitutional Court decide on the matter. At this point, the banks conceded withdrew the claim for the 30% deposit in exchange for having the head suit heard expeditiously. Court then by consent order vacated the requirement to deposit 30% and pledged to hear the matter expeditiously and proceeded set strict timelines.

The parties then submitted their pleadings and the matter was called for scheduling on 31st August 2020. However, on 28th August 2020 Mr. Kiggundu instead, filed Miscellaneous Application No 654 of 2020, challenging the legality of the loans extended to him by especially DTB Kenya.

Particularly, Ham claimed that the credit facilities extended to him by DTB Kenya were unlawful since DTB Kenya didn’t have a license to carry out banking business in Uganda and as such DTB Kenya couldn’t collect on the loan nor foreclose the collateral pledged. He, also argued that it was illegal and unethical for DTB Uganda to have facilitated DTB Kenya to conduct illegal financial institution business in Uganda by being appointed agent bank as well as security agent of DTB Kenya.

The two banks in their defence, maintained that the credit facilities extended by DTB Kenya, were lawfully obtained in Kenya and not in Uganda as claimed by Mr. Kiggundu and are therefore recoverable and enforceable. They further submitted that Kiggundu had by free and willful consent pledged securities within the provisions of the law and therefore the banks were legally right to foreclose them given that there was a default.

Kiggundu refuses audit that would prove his claims

On 31st August 2020, Hon Justice Henry Peter Adonyo, by consent of the two parties, ordered that a court-appointed auditor will be found to carry out audit and reconciliation on Mr. Kiggundu’s accounts to determine if indeed he had repaid the banks and whether in the actual sense there was any money unlawfully deducted from the businessman’s accounts. The trial Judge indeed went ahead to order that an independent auditor be appointed by the Institute of Certified Accounts of Uganda (ICPAU).  ICPAU went on to appoint BDO Uganda, which part of BDO Global, one of the 5 largest accounting firms in the world to do audits.

But in a surprising move, Mr. Kiggundu, would on 16th September 2020, change his mind and file Miscellaneous Application No 729 of 2020, seeking to stay the appointment of the auditor and the audit itself until court pronounced itself on whether the said loans from DTB Kenya were illegal. On 30th September 2020, Justice Adonyo ruled in favour of Mr. Kiggundu and stayed the audit and reconciliation of Ham’s accounts, dimming any hopes of ever knowing the truth if indeed Ham had repaid the loans as he claim and if indeed any money had been unlawfully deducted from his accounts as he alleges.

Court also ruled that DTB Kenya conducted financial institution business in Uganda without a license and therefore the said credit facilities were illegal and therefore unenforceable. Court also said that by DTB Uganda, accepting to be an agent of DTB Kenya in a transaction that was now illegal, it had also violated the Financial Institutions Act and was therefore a principal offender under the Act and therefore liable to be penalised.

“We thank the court for its expeditious hearing of the matter though both DTBU and DTBK are aggrieved and dissatisfied with the ruling/Judgment of the court which we find both unfair and unjust and have decided to appeal the decision,” the banks reiterated.