The Judiciary on 29th November 2019 broke ground for its long-awaited construction of the Supreme Court and Court of the Appeal buildings.

Construction of the seven-storey twin appellate courts buildings with two basement floor parking for 226 vehicles, will be executed by Seyani Brothers within 24 months at a cost of UGX63.9 billion. Cost will be paid for by the Government of Uganda.

The twin towers will host customized courthouses with modern courtrooms, chambers for the justices, a gym and restaurant, among other amenities.

While presiding over the ground-breaking ceremony at the Judiciary headquarters in Kampala, the Chief Justice, Bart M. Katureebe, described the occasion as memorable. He said the project was part of a larger initiative that aims at transforming the Judiciary.

“The project of building the Appellate courts started in 1999 and has moved through many stages including the use of Public Private Partnership. I am therefore glad to inform you that the activities that we have witnessed today constitute part of the measures that the Judiciary is undertaking to meet the service level expectations from our Customers by providing physical access to justice,” he said.

Judiciary’s Permanent Secretary, Pius Bigirimana, likened the ceremony to a miracle adding that it is the time to rebuild the image of the Judiciary and gain its rightful position as a critical Arm of Government.

With the buildings in place, Mr. Bigirimana said the Judiciary will save at least UGX6 billion it pays annually in rent for the appellate courts.

This was echoed by Chief Justice who added that open days are being held all over the country, the courts now have an operational call center and salaries for Judicial Officers have been enhanced. He said focus is now going to be put on performance using the Performance Enhancement Tool.

The Chief Justice said the ground-breaking ceremony is a clear indication of accountability through transparency in procurement and project management.

This, he said, is in line with the Millennium Development Goals, the Country’s Vision 2040 and the Strategic Investment plan of the Judiciary and JLOS, all geared towards the Social and Economic Transformation of the country.

The ceremony was witnessed by the Deputy Chief Justice, Alfonse Owiny-Dollo; Principal Judge, Dr Yorokamu Bamwine; Justices of the Supreme Court and Court of Appeal. Others were the Chief Registrar, Esta Nambayo; Commissioner Engineering & Technical Services, Dr Christopher Ebal, and other members of Judiciary Senior Management. 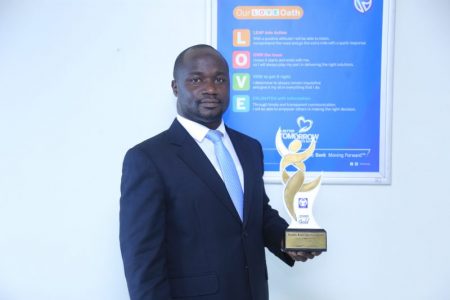 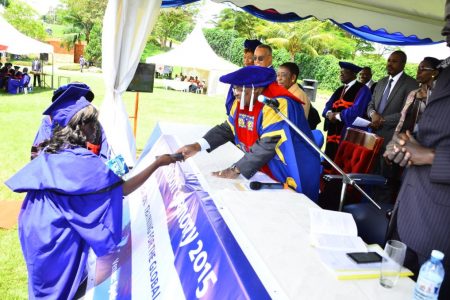