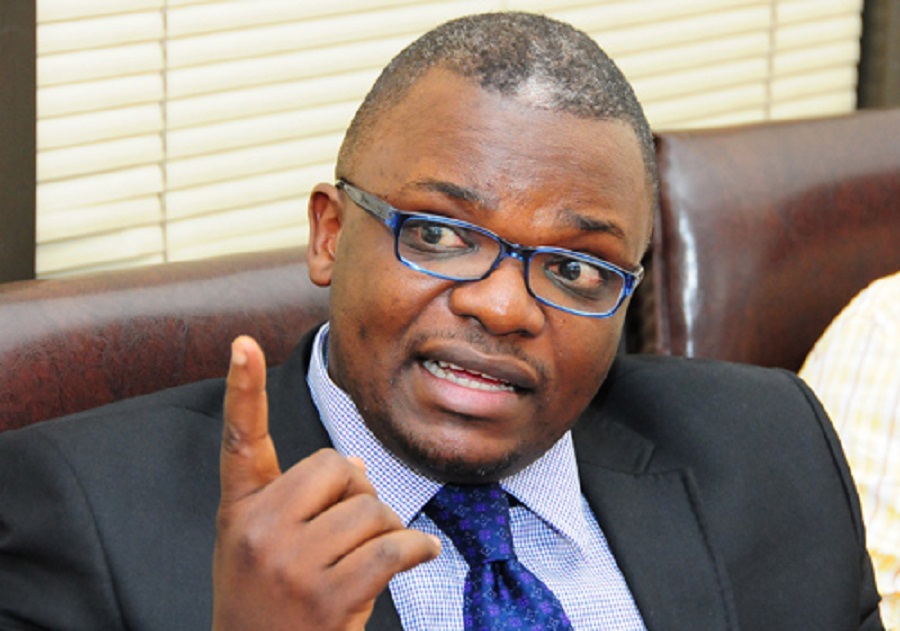 City lawyer Fred Muwema argues that an election where candidates are not allowed to meet their mobilizers across the country who may number in the hundreds to canvass support for them is an identity thief of the real election. That it will be an election stolen before it’s delivered if candidates are not allowed to reach out to voters who may congregate in groups in various towns, trading centres and villages.

The Electoral Commission released a revised roadmap for the 2020/21 general elections where it stated that “mass rallies will not be allowed but campaigns will be conducted mainly through media.” Many people are wondering how a restriction on one aspect of the campaigns i.e. mass rallies, can reduce the whole election into a “scientific election”? The reality is that it is the rallies which have the pull and push power of the campaigns and the campaigns are the gravitas of the electoral process. You literally cannot tell when the electoral process has begun until the campaign rallies have begun. So that is probably why the EC can get away with calling the whole election “scientific”.

Because campaigns and their rallies are the amalgam that sticks the whole electoral process together and it is through them that the electorate participates, it becomes a very sensitive issue for anyone to try and remove or restrict the physicality of the campaign activities as we know them. But that is exactly what the EC has promised to do and expectedly, it has come under fire.

The EC has added petrol to the fire by failing to clarify what it means by a “mass rally.”  As a result, many people are accusing the EC of trying to emasculate the next general elections and disfranchise them of their right to vote and elect the next leaders of their choice. Probably the EC would save the day and get out of the spot of bother it finds itself in by defining “mass rallies” in terms of a specific number of people.

A month ago, the Government of Benin organized local elections but it banned campaign events and gatherings of more than 50 people. This was a containment measure to stave the spread of the novel Coronavirus. Consequently, candidates had to focus more on media appearances and campaign posters. Unfortunately voter turnout suffered and the credibility of the elections suffered as well. That is the price we may have to pay for any significant restrictions on political campaign rallies.

My concern is that this “scientific election” if it happens, may actually burden the country with an election pandemic on top of the coronavirus pandemic which has overstayed its welcome. There will be an election pandemic because the process will be diseased by the refusal to allow candidates to individually mobilize support for their candidature. An election where candidates are not allowed to meet their mobilizers across the country who may number in the hundreds to canvass support for them is an identity thief of the real election. It will be an election stolen before it’s delivered if candidates are not allowed to reach out to voters who may congregate in groups in various towns, trading centres and villages. Will the EC treat these meetings and groups as mass rallies and ask the Police to disband them? Would the Presidential Elections Act 2005 and the Parliamentary Elections Act 2005 which are the principal laws regulating campaign activities continue to be relevant when they still refer to political campaigns as individual public campaigns? It is clear that the framers of the law didn’t have emphasis on scientific campaigns in their mind when they predicated the candidates’ campaigns on their physical activity. Whereas the lawmakers acknowledged the media as a campaign tool which may be used by the candidate, they never intended to substitute the physical presence of the candidates with radios and televisions. How can the EC possibly substitute something that is so sacred that its withdrawal can virtually empty the whole electoral process?

Under Article 61 of the constitution and S.12 of the Electoral Commission Act cap 140 the mandate of the EC is to preserve the citizens right to vote by ensuring that the entire electoral process is conducted under conditions of freedom and fairness. The EC has powers to regulate the electoral process which includes nomination, campaigns, polling procedures, etc., but it has no power to take away the conditions of freedom and fairness under which the elections must be conducted. There should be no argument about that!

In the Kenyan case of Karanja Kabege Vs Joseph Kiuna Kariambegu Election Petition No. 12 of 2013 (KLR) which was quoted with approval in the Raila Odinga Presidential Petition No 1/2017, the court observed that, “the concept of free and fair elections is expressed not only on the voting day but throughout the electoral process……. Any non- compliance with the law regulating these processes would affect the validity of the election.”

In other words, the propriety of the voting process is impacted by the conduct of the campaigns in totality prior to the voting exercise. Otherwise the citizens’ right to vote will lose meaning if the electoral process is fatally tampered with.  In the recent case of Kalali Steven Vs EC Misc. Cause No. 35 of 2018. Lady Justice Lydia Mugambe who restored the right of prisoners and Ugandans in the diaspora to vote observed that;  “for the right to vote to be meaningful, there must be information regarding who is standing, for what position, their manifestos and other information relevant to the voting.”

In my view, an election cannot meet the conditions of freedom and fairness if the voters are restricted to obtaining all the information relevant to the voting remotely or scientifically. Political campaigns are similar to marketing campaigns where the object of the campaign is to solicit for the endearment and trust of the targeted audience. We may never know how much trust may be lost in the electoral process upon the withdrawal of the physical presence of candidates. It is risky to underestimate the immense power of a physical candidate as opposed to an electronic candidate in determining the choice of that candidate. The consequences of placing too much reliance on an electronic candidate may be disastrous. It is best we do not experiment the governance of our country with something whose consequences we may not fully understand.

Therefore if the EC insists on restricting the candidates’ campaigns to social media, radios and TVs, the electoral process will not only alienate those without access to that media but it may also lose the confidence of a significant part of the electorate. In the end, the election process and result may not meet the substantiality test which qualifies a valid election. Whereas Courts are used to applying the substantiality test to votes which can be counted, they may not find a measure for the substantiality of trust and confidence in an election. This will present a paralysis of analysis of future electoral disputes by the judiciary and it will lead to a failure of electoral justice.

The health scare caused by the Coronavirus pandemic was a good reason for the EC to delay or postpone some of the electoral activities. However it is legally unsound to use the same Coronavirus as a reason to remove the mandatory conditions of freedom and fairness which are necessary for the conduct of the national elections. You cannot have an election when the conditions of freedom and fairness are removed.

An argument may be made that the presence of coronavirus as a national health emergency should bring limitations to bear on citizens constitutional rights which includes the freedom to assemble at political rallies. I believe there are some rights which are immutable and cannot be derogated by the Coronavirus. The right to food, good health and access to justice are some of those immutable rights. However the right to vote takes on greater significance if an election must be held to secure the governance of the country.

My sense is that it is the national elections which maintain and renew our sovereignty and nationhood. Under Article 5 of the constitution, Uganda is a sovereign state and republic by virtue of the fact that the people under Article 1 of the same constitution express their will and consent on who shall govern them and how they shall be governed, through regular, free and fair elections. This is how Uganda acquires what in juridical terms is called “state rights,” to exist as a sovereign republic.

There is no other way the Government of the state of Uganda can acquire the power and authority to discharge its public functions which includes the power to fight Coronavirus without the endorsement of an election.  We cannot trifle or trade off with anything else, the integrity of the process by which the Government obtains its existence and legitimacy under the Constitution. We cannot undermine the integrity of the national election by weaponising measures to contain the Coronavirus. We simply can’t fight the Coronavirus without a Government. In such a case, the national election which puts the Government in place must come first.

If we cannot hold the elections with integrity because of the Coronavirus, then the Government should declare a state of emergency under Article 110 of the Constitution and call off the election. The Constitution provides for a mechanism to avoid a governance vacuum in case that happens. So the EC should rethink its blanket ban on all mass rallies at the next elections and come up with robust standard operating procedures to make the electoral processes safe. Mali, Cameroon, Guinea and South Korea are some of the countries which have held elections with Health safety precautions during the Coronavirus pandemic. The EC cannot be planning to organize an unfree and unfair election right from the start even before we cast a single ballot. This will not bode well for the country as it may plunge us into in an unnecessary constitutional crisis.