Yassin Yasser and his co-driver Ali Katumba in their Subaru Impreza are expected to be crowned the MOSAC Rally 2019 champions, come this Tuesday, unless the stewards rule otherwise.

Although the duo, posted the best time- 1 hour 28 minutes 43 seconds and 35 microseconds, in the final champion decider race, complaints from Team Arthur Blick saw judges defer their decision to this Tuesday.

Team Blick protested to the stewards, alleging that Nasser’s Subaru GVB had non-homologated spare parts. Stewards will also have to make a decision on Team Blick’s mid rally scrutineering following concerns about his car as well- according to Kawowo Sports– a leading online sports publication.

Yassin Nasser (415) points and Arthur Blick Jnr (385) are the two top contenders for the overall title. Blick and George Semakula his co-driver, George Semakula however came in the 5th position at yesterday’s Kapeka showdown, posting 1 hour 35 minutes 59 seconds and 66 microseconds.

Even as the complaints linger, the real threat lies elsewhere- freshman Rajiv Ruparelia. He may have entered the rallying season late- May 2019, but 29-year old Rajiv Ruparelia has already made a mark on the rallying scene. The fans are exhilarated; they want more of the young man. His rivals, especially the top 5 above also know, that he is certainly the man to watch out for, come next season.

Throughout this season, all the five have either differently or together felt his new energy and the wrath of his purpose-made Polish-built Polo WRC Proto Car- that is now all so familiar on the track and in the headlines, as it is in rally fans memories.

Rajiv’s sheer guts, orchestrated by his superfast flying and hairpinning antics have been a spectacle to be behold on many a race track this season- from Sisa to Kayunga; from Kapeeka to Kalangala and then Hoima.

He came tops in all the races he participated in this year, except his inaugural race- the May 26th Enduro 4×4 Challenge Championship, hosted at Zion Estate, Ssisa.

Although Rajiv did not compete directly with all the top 5 at this weekend’s MOSAC Rally Championship, as they were driving in the National Rally Championship (NRC) league- Rajiv who was competing in the Clubman Championship league and therefore only had to do 3 of the 5 races, he easily beat all the above 5 by a comfortable margin in the 3 races. He posted a total 50 minutes 5 seconds compared to Yasin’s 52:18, Omar Mayanja’s 52:43, Sebuguzi’s 53:36, Arthur Blick’s 53:48 and Alwi’s 58:17.

In a message to his fans, an upbeat Rajiv told CEO EA Magazine that following a successful debut this half year, all eyes are on winning the NRC Challenge.

“Next year, the NRC is ours. Mark my word,” he said. Further asked if he had any surprises for his fans and to clarify on rumours that he is bringing in another car next year, he said: “If I tell you my surprise, it won’t be a surprise anymore,” he said. 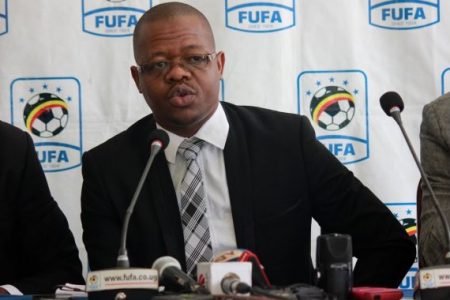 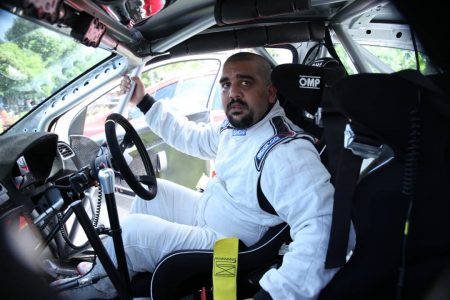