Ugandan law firm, KTA Advocates has won one of the main awards at the prestigious African Legal Awards 2019 hosted in Johannesburg on 6 September, 2019.

The firm was awarded the coveted Africa’s Intellectual Property (IP) Team of the Year in a closely contested category that featured Africa’s top IP Firms.

KTA on its website, says it specialises in Technology, Media, Telecommunications, Intellectual Property and Construction Law.

The firm is run by Edwin Tabaro as Managing Partner. Justus Karuhanga, Edgar Tabaro and Kenneth Muhangi are partners, while, Hon. Justice Patrick Tabaro, a former Constitutional Court Judge and Acting Principal Judge is a consultant at the law firm that has positioned itself as thought leaders in the Intellectual Property and Media Law space.

Kenneth Muhangi, a Partner at KTA and head of the firm’s Technology, Media, Technology & Intellectual Property practice, was nominated as Partner of the Year.

Hosted by Africa Legal, Legal Week (organizers of The British Legal Awards) and the Corporate Counsel Association of South Africa, the African Legal Awards recognize excellence and innovation in the legal profession on the continent.

The winners were decided by an independent adjudicating panel made up of general counsel and other senior members of the legal community. 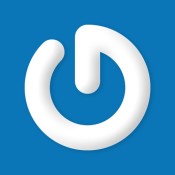 Why Absa tapped Nazim Mahmood, to complete its separation with Barclays in Uganda