On behalf of the Electoral Commission and on my own behalf, I would like to take this opportunity to congratulate the people of Kaabong and Hoima districts, and all the key stakeholders in the electoral process, for successfully concluding the above elections. Indeed, the electoral process in these districts was largely peaceful and the outcomes reflect the true will of the people of Kaabong and Hoima. The Electoral Commission urges the winners in these by elections to reach out and work with the losers for the development of their respective districts.

I wish to point out that upon conclusion of these by-elections, a lot of talk and social media reports have focused on the by-election in Hoima District. The Electoral Commission has particularly noted with concern, the allegations made by some leaders of the Forum for Democratic Change (FDC), about the conduct of the by-election of District Woman Member of Parliament for Hoima District, which was held on Thursday 26th September 2019.

There are unfortunate claims that the Electoral Commission issued ballot papers to the National Resistance Movement (NRM) before polling day. This allegation is incorrect.

For avoidance of doubt, on Thursday 26thSeptember 2019, the Electoral Commission received a report of attempted ballot stuffing at one of the two hundred and sixty-six (266) polling stations in Hoima District. Two agents for Candidate Nyakato Asinansi, namely, Hon. Michael Kabaziguruka and. Maj. Gen. Mugisha Muntu (Rtd) reported to the Commission that a voter attempted to insert pre-ticked ballot papers into the ballot box, but was intercepted by the Polling Constable for that station. Those pre-ticked ballot papers should have been handed over to Police for further investigation but Gen. Muntu insisted that they (ballots) be handed over to the Electoral Commission.

The Commission assigned one of our senior Legal Officers to receive them, and a total of fifty-one (51) ticked ballot papers were handed over to us.

The ballot papers in question are now a subject of Police investigation.

The Commission is committed to pursue that matter with Police and ensure that the culprits are brought to book.

The Commission is further disappointed by acts of suspected forgery by some FDC supporters who made counterfeit accreditation tags and distributed them to their agents for purposes of observing the by-election.

The Commission condemns all acts of non-compliance with the electoral laws, and calls on all stakeholders to work with the Commission to ensure credible elections. The Commission reiterates its commitment in ensuring that elections are conducted in a free, fair and transparent manner.

I wish to thank the Uganda Police Force for apprehending some of these suspects, namely Kizza Hakim and one Walakira, who have since been charged with forgery before the Magistrate’s Court at Hoima and are now remanded, as investigations continue.

The Commission wishes to warn the general public, and particularly stakeholders in the electoral process that forgery of election materials is a criminal act.

The Commission also noted with concern the abuse of social media platforms by some individuals during the electoral process. This was particularly widespread during the tallying of elections results. A lot of falsehood was disseminated, for example, fictitious results from non-existing polling stations.

The Commission condemns this behavior as it misleads the public and other stakeholders and gives voters false hope about the results.

We urge Ugandans not to abuse these social media platforms, and warn the public to desist from sharing unverified information.

The Commission condemns all acts of non-compliance with the electoral laws, and calls on all stakeholders to work with the Commission to ensure credible elections.

The Commission reiterates its commitment in ensuring that elections are conducted in a free, fair and transparent manner. 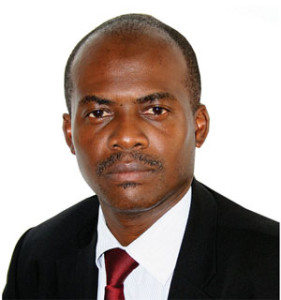 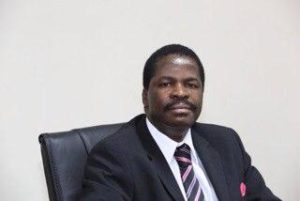 A Protectionist African Continental FTA Will Not Boost intra-Africa Trade 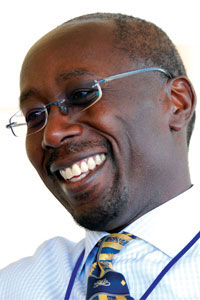