As the entire financial services sector waits to know, who will be the next Bank of Uganda Deputy Governor or if Dr. Louis Kasekende, the incumbent will have his term renewed, news from the central bank indicate that Dr, Kasekende, today January 13th handed over his office to the Governor, Prof Emmanuel Tumusiime Mutebile.

His term is due to expire tomorrow, but until today, there is no news from Statehouse as to if the President, H.E Yoweri Kaguta Museveni will be reappointing him for another term.

In a brief conversation with CEO EA Magazine last week, Kasekende confirmed to this reporter that indeed his term comes to an end on January 14th and that his “appointment or renewal of  contract  is  the prerogative of the appointing authority.”

Article 161(3) of the Constitution of the Republic of Uganda says that the Governor, the Deputy Governor and all other members of the board shall be appointed by the President with the approval of Parliament and shall hold office for a term of five years but shall be eligible for reappointment.

According to a source familiar with Governor and Deputy Governor appointments, 6 months before the expiry of the terms of  the Governor, Deputy Governor and all other BoU board members, the the Central Bank notifies the Ministry of Finance in writing, which in turn also informs the president in advance of the positions falling vacant.

Don Wanyama the Senior Press Secretary to H.E. President Museveni, however did not have a conclusive comment on the matter saying that the “the president will respond at his own time.”

Who is Dr. Louis Kasekende?

Between 2002 and 2004, Kasekende was seconded to the World Bank by the Uganda government to serve as the Executive Director to the World Bank, representing twenty-two African countries, including Uganda, on the bank’s executive board. From May 2006 to 2009, he served at the offices of the African Development Bank (AfDB), in Tunis, Tunisia, as AfDB’s Chief Economist. In January 2010, Kasekende returned to Uganda and was re-appointed Deputy Governor of the Bank of Uganda, to serve a 5-year term which was renewed in December 2015.

Between 2018 and 2019, his over 3-decades career and 3-term deputy governorship was hit by a major reputation storm when his name was severally mentioned during the Parliamentary Public Accounts Committee on Commissions, State Authorities and State Enterprises (PAC – COSASE) probe on the closure of 7 banks.

Although Dr. Louis Kasekende’s name was never mentioned directly in the MP’s February 2019 report, MPs brought his name up during the debate of the report. He has however maintained innocence.

The PAC-COSASE report that among others recommended that the implicated Central Bank officials be held accountable, as well as a raft of other reforms. The report was submitted to Cabinet for action, but despite the Prime Minister, Dr. Ruhakana Rugunda promising action on the report within 90 days, nearly a year has passed without any action.

All eyes on State House for Kasekende’s replacement; as a hopeful Deputy Governor quietly vacates office and official house 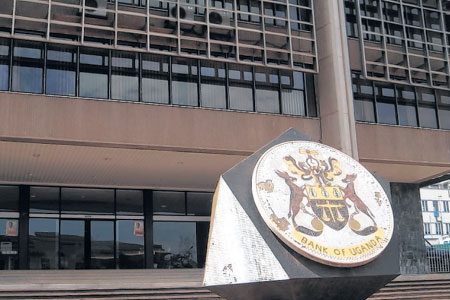 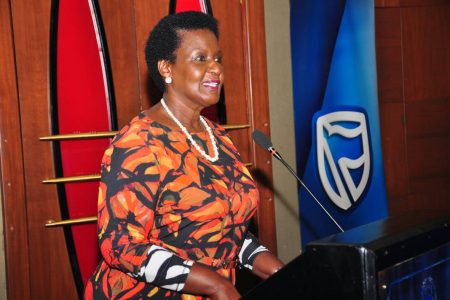 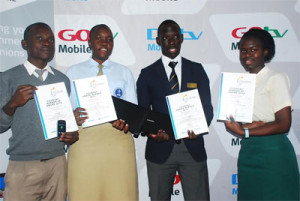 Dstv Eutelsat Competition 2014 edition due for May