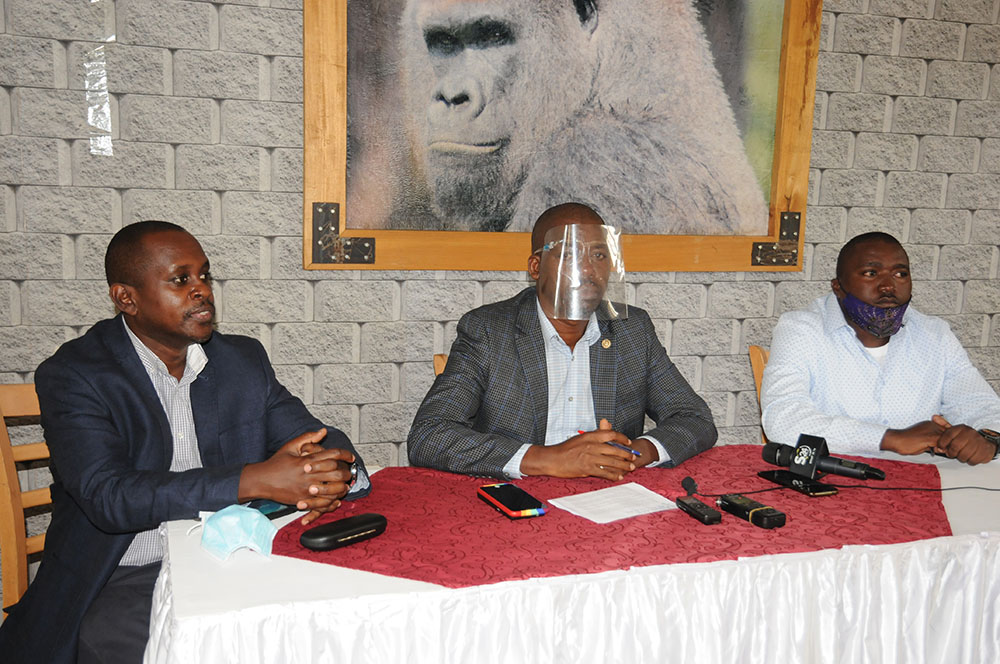 Top distributors for the two major breweries have highlighted the impact continued closure of bars is having on their business operations and on the wider distribution value chain, with a call for bars to reopen with strict Ministry of Health SOPs.

At a press briefing held in Kampala yesterday, the distributors appreciated government efforts to curb the spread of Covid-19 but revealed that the continued closure of bars is having far reaching negative effects on the economy.

“While we appreciate the need for an aggressive health response to the pandemic, the negative effects to our economic wellbeing have caused significant strain and affected the livelihoods of many.

“On behalf of all distributors and retailers of beverages in Uganda, we are here today to discuss the prolonged closure of bar businesses and the impact it has had on us, as key players in the value chain,” Herbert Tumwesigye of Great Lakes Regional Distributors said.

The alcoholic beverages industry consists of an eco-system, of which distributors and retailers are part. And so the select distributors represent thousands of Ugandans who are currently out of jobs

“We are here today to represent a total of 120 business enterprises focusing on beer distribution countrywide who together, provide employment to 1,800 Ugandans with an estimated 9,000 dependents. This number is even higher with spirits distributors which account for over 1,000 businesses and tens of thousands of employees and dependents,” Herbert Kamuntu of Kachain Logistics (Nile Breweries Distributor), said.

Beverage distributors are classified as small and medium enterprises (SMEs). SMEs contribute up to 45% of the nation’s total employment, make up over 70% of our economy and contribute over 30% of the country’s GDP.

“As distributors and retailers of beverages, our business significantly depends on supplying and distributing to bars and night clubs, whose businesses remain closed.

The continued closure of bars has had severe impact on our businesses leading to revenues of up to UGX550 billion being wiped out. This situation continues to escalate as the bar closure drags on for more months,” the distributors explained.

“We have been forced to downsize and make the painful decision to lay off employees. This is not a decision made lightly and in effect, is contributing to the national unemployment burden.”

The national unemployment rate for Uganda currently stands at 9.2%, youth unemployment, and specifically for those between the ages of 18-30 is 13.3%.

SMEs in Uganda already face numerous challenges. These include access to affordable finance, and the continued closure of bars has exacerbated this situation and put economic progress at risk as MSMEs have been tapped as the engine for Uganda’s growth, economic development, innovation and wealth creation.

“The continued closure of bars is a tremendous burden to the retail and distribution business, and while we are cognizant of the fact that the reopening of bars presents a risk to the wellbeing of the country, we believe a lot can be done in the way of a collaborative effort to ensure the safety and wellbeing of the public.