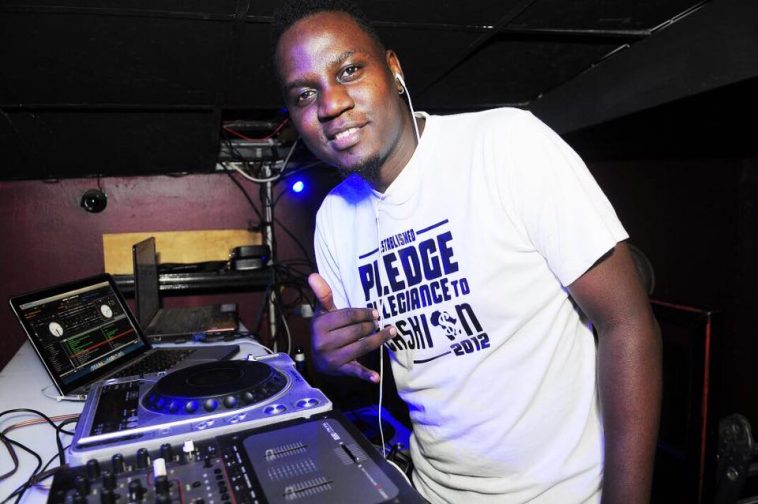 DJ Aludah, also known as Sir Aludah, has stamped his authority in the field playing at many of the popular hangout spots in Kampala

In 2010, immediately after his senior six, James Mugume, popularly known as DJ Aludah, opted to join Homeboys Music and Technology Academy (MTA) in Nairobi to study sound engineering. It was at the music academy associated with arguably Eastern and Central Africa’s biggest DJ Unit – HomeBoyz DJs – that he took on deejaying as an extra course and horned his skills. It wasn’t long before DJ Aludah stamped his authority in the field playing at many of the hangout spots in Kampala winning adulation of many fans.

When asked what endeared him to the fans, Aludah answered, “I have always seen myself as a djtainer. Djtainer comes from the words DJ and Entertainer. I like to keep the crowd super engaged beyond the music coming out of the speakers. The mic is my best friend while at this.”

Tasked to mention his source of inspiration, he said, “My family. My son and daughter are my biggest inspiration. I want to give them the world. So I have to work hard.” That explains why within 4 years, he had graced the Hotshots edition of Big Brother Africa and was a regular performer at South Africa based Channel O on a program dubbed Bassment Africa.

Around the same time, a young duo, that would go on to rule the turntables and music speakers, was being born. Interestingly, the pair now known as Slick Stuart and Roja, trace their deejaying roots back to family. One half of the pair  Kitaka Rogers Nsubuga alias Roja would escape from home to help out his uncle who played at weddings while the other member of the set, Slick Stuart (real names Kavuma Stuart) started out with the deejaying equipment owned by his father before going professional  with Silk Events and Kadanke Brandhouse in 2012.

The duo also have held six remarkable annual events for their fans dubbed the “Slickstuart & Roja Mixtape party” where they’ve been the headliners.

Similarly, DJ Aludah has also hosted four largely successful events since 2016 under the tagline “Kings of Turntables”. This direction taken by both brand names signifies the role of the deejay shifting from the periphery of an event to being the luminary.

All this burgeoning success has been slackened as the DJ industry hasn’t been spared by the corona virus pandemic with the cancellation of large scale gatherings and closure of entertainment spaces. Before the pandemic struck, Slickstuart & Roja were entertaining revellers at the Kololo situated H2O bar on Wednesdays & Wave lounge on Fridays. They also had individual gigs with Slickstuart occupying the DJ booth at Club Illusion and La Paroni while Roja could also be found at LaVenti in Najjera. Party lovers would find DJ Aludah at either Nexus bar, Fame lounge or Club Illusion. He was also meant to have a celebration of 10 years in the game this year but now that hangs in balance with the regulations in place to contain the pandemic.

Luckily, both the duo and Aludah can still pick a regular paycheck from Next Media Services and Radiocity 97fm respectively.

At the start of the government enforced lockdown in March, TV battles replaced the nightclubs with social media as the battlefield. Through his radio shows, Beats Per Minute (BPM) which airs on Friday morning and night program – Livewire, Aludah became synonymous with the phrase #MuteTheTelly. Little wonder, when IPSOS released its July report, he was the third most mentioned individual on twitter only behind the president and minister of health.

While DJ Aludah, Slickstuart and Roja had established themselves as big names in 2018, another star was rising. Going by the stage name, DJ Ssese, Edgar Nicholas Kebba had only returned from the UK after completing his civil engineering degree. From his younger days, he had acquainted himself with deejaying equipment thanks to his older cousins. But it was not until a high school friend introduced him to SoundRoom where he would meet already popular DJs like Bankrobber and Crim that gave him pointers.

His professional deejay career kicked off in the UK in 2016 and within two years of his return to Uganda, he has performed alongside international acts like Burna Boy, AKA, Patoranking, Nonso Amadi, WSTRN and Joeboy on top of building a legion that calls itself the Ssese Nation. On ordinary days, he entertains crowds at Panamera bar in Naguru, Rumor bar in Bukoto, Atmosphere lounge in Kololo and Alchemist bar in Bugolobi.

He attributes his fast rise to stardom to persistence, humility and patience. On the highlight of his career thus far, he says, “When you put in the work and get recognition from people you looked up to, better yet they become your friends”. He also didn’t envision himself opening for international artistes coming as soon as it did.

The rapid boom of his trade hasn’t been without challenges. The first issue he had to confront was acceptance of his passion by some of his family. “It was hard to get my loved ones on board to support me. We live in a conservative country that looks at certain professions differently,” he explains.