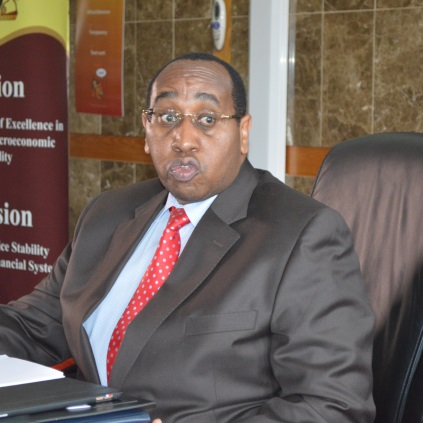 Government is looking to save at least US$48 million (UGX178.5 billion) or even half used to print money every year by encouraging Ugandans to use digital platforms instead of cash in their transactions.

Dr Adam Mugume, the acting Deputy governor at Bank of Uganda said on Wednesday that the country was spending a lot to print money notes but the Central Bank hopes this can be cut by at least half in the next five years.

The biggest hindrance at the moment, Mugume said, is the fear that people have over platforms like mobile money and internet transactions. He said that even when people receive money on their phones, they rush to withdraw it thinking it is not safe on the phone.

“We are trying to say we spend around US$48 million per year in terms of currency in printing and management including machines. The question is if we can reduce that even if it is by half by digitalizing, that would be good…”

Uganda prints its money from different countries including German and France. But the cost of printing, security and transportation weigh heavily on the taxpayer. Bank of Uganda says this can be cut if one can get used to paying for their food on phone, using a card without carrying cash to the shop.

Many Ugandans simply use mobile money to send and receive money but can’t use their phones to buy something from a supermarket. Others shun cards because of the cost involved.

Mathias Katamba, the executive director of dfcu Bank, said the banks have already made significant investments to move from cash to digital transactions.  He explained that the banks can use their physical structures like branches to offer other services like advisory or reach deeper outposts that may have no access to digital services.

Mugume said the Central Bank will embark on massive public education campaigns to assure them that their money is safe on digital platforms and that they can actually leave the money there and buy whatever they want without holding cash.

People’s fears are sometimes justified. Digital and cyber fraud are common and people must be convinced that their hard-earned money won’t be stolen when they save on phone or use their card at a certain shop.