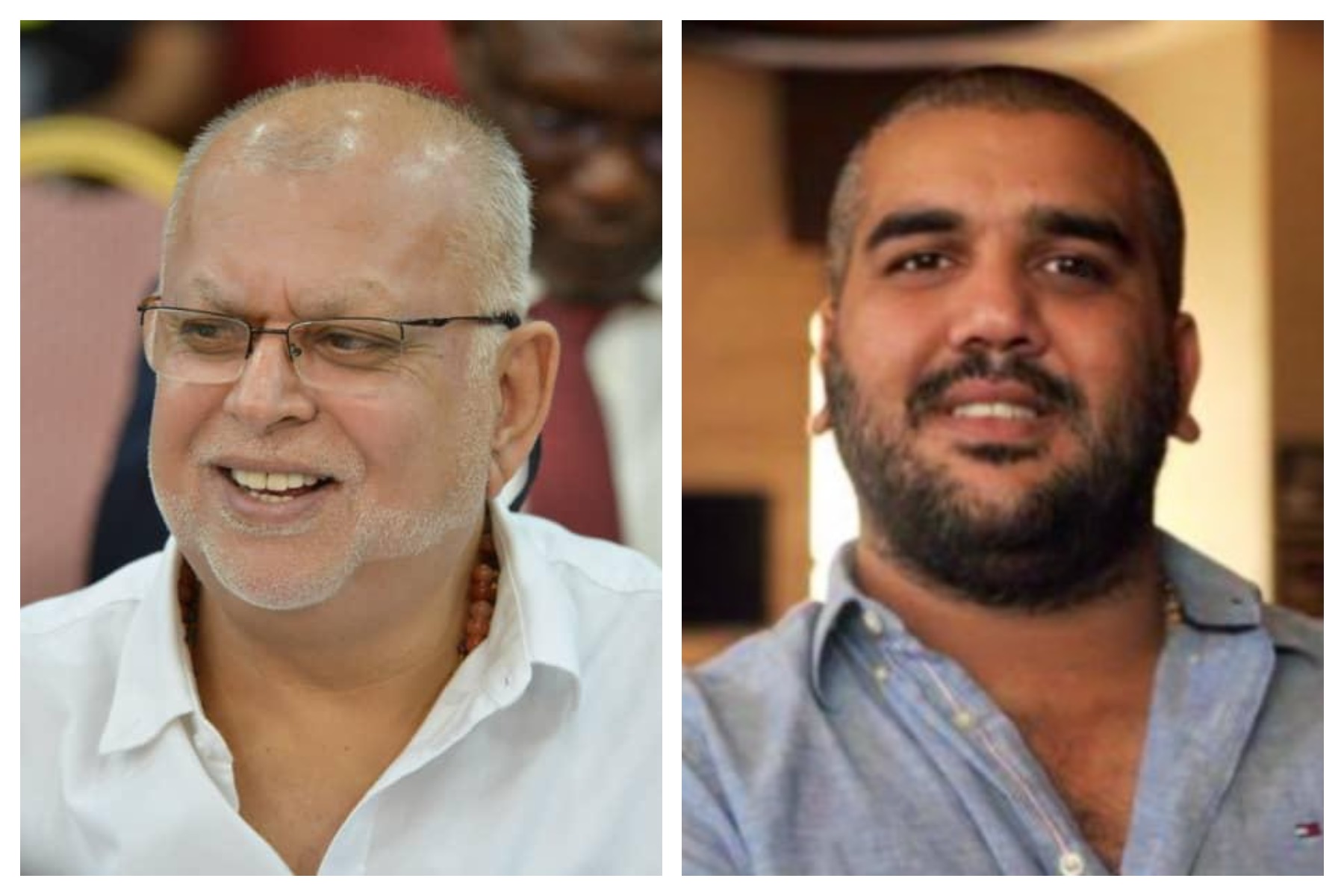 Dr. Sudhir Ruparelia (right) is the founder and Chairman of Ruparelia Group and Rajiv Ruparelia (left) is the Group Managing Director. The Ruparelia Group is one of Uganda's largest business conglomerates with investments in financial services, real estate, education services, hospitality, agriculture and media/broadcasting.

Your Excellency, I believe you very well recall the vanilla ‘madness’ of 2002-2005 when Ugandan farmers got rich overnight in Mukono and Masaka; those good old but short-lived days when vanilla almost became like gold. We all remember when farmers in had to spend nights in their gardens, guarding their golden harvests from thieves; when traders started fighting each other over who should buy from which farmer and at some point, government had to intervene.

For those who are not aware, this sudden vanilla fortune was driven by two occurrences, thousands of kilometers away, in Madagascar, one of the world’s largest producers of vanilla. The island nation was struck by two successive cyclones in one month- Tropical Cyclone Kesiny in May 2002 (Northern Madagascar) and Tropical Cyclone Manou in the South East, killing people, destroying transport infrastructure and thousands of acres of crops, especially the prized vanilla.

Global vanilla markets reacted and Uganda overnight went from nearly a zero exporter of vanilla to earning USD7.8 million in 2002 and USD11.5 million in 2003. Farmers and traders, became millionaires overnight.

Subsequent storms like, Cyclone Gafilo in March 2004 and Cyclone Dora, Indlala and Jaya that hit Madagascar between 2006 and 2007 kept Uganda in vanilla business, but sooner Madagascar recovered and took back its vanilla markets. It was instead time for Ugandan vanilla farmers to be hit by financial storms and cyclones.

It had to take another major storm- Cyclone Enawo in March 2017 to hit Madagascar, followed by Tropical Cyclone Kesiny in Northern Madagascar in May 2017 for Ugandan farm gate prices to rise to as much as UGX170,000-200,000 per kilo! Again Uganda had another windfall with national export earnings jumping 295.2% from USD3.2 million in 2016 to USD12.7 million. But soonest Madagascar began recovering, prices went down and in 2018, Uganda’s export earnings fell to USD8.2 million and fell further to USD4.47 million in 2019.

Well, we do not know when the next cyclone will come for Vanilla farmers to enjoy yet another rich season but one lesson we can learn from the above is the power of being a first mover.

A first-mover advantage can be simply defined as the ability to beat of competition as a result of being the first to go to market with a new product category. Of course, how lasting this advantage gets, depends on many other things like a good investment and regulatory climate, among other variables.

Coming back to East Africa, this week, it was all over the news that Rwanda will start receiving applications for licenses to grow medical marijuana for export, following an October 13th cabinet meeting that approved the regulatory guidelines on the cultivation, processing and export of high-value therapeutic crops. Other countries in the region, including Uganda are also at various stages of approval of the growing of medical marijuana.

While we are not attempting to compare Uganda with any other country, as we are a unique and independent country, it is also a market reality that the global medical marijuana market, estimated to reach between USD40 billion and USD45 billion by 2025, is not unlimited. The early birds will certainly catch the most and possibly the biggest worms and like in the case of Madagascar and vanilla elaborated above, will hold onto this advantage for many years to come.  Those that will come on the next wave, will have to play second-fiddle, hoping and praying for some storms of some kind so they can gain some short-lived windfalls.

If there is anything that Covid-19 has taught the markets, it is the danger of relying on the same sets of traditional sources of income. In the case of Uganda, tourism, Uganda’s largest forex earner is on its knees and is not expected to recover fully until 2003 and beyond- and this presupposes a vaccine is discovered sooner than later.

Although coffee export earnings, according to statistics from Uganda Bureau of Statistics (UBOS) and Bank of Uganda Coffee are on the path to recovery, this is only because we exported more bags of coffee, otherwise prices are still on the low.

According to UBOS, although monthly earnings from coffee exports reached a record-high of USD419.5 million in July 2020, this was because Uganda exported 540,000 bags- the highest monthly export quantity since 1997. It is also worth noting that average prices also fell to USD1.53 in July and USD1.48 August- a record lowest in about 10 years.

According to the International Coffee Organisation (ICO), world global coffee consumption is expected to reduce as the Covid-19 pandemic continues to put pressure on the global economy and the lockdowns adding more pressure on out-of-home coffee consumption. This according to ICO, the intergovernmental organization for coffee exporting and importing governments, including Uganda, has left the global markets with a surplus of about 1.54 million bags. This, surplus, added to another 4.4 million bags carried over from the 2018/19 season, will according to ICO continue holding back global price recovery. ICO reported that World Coffee prices in September 2020 remained at an average of US cents 116.25 per pound. Although a little higher than the average US cents 107.25 for the 2019/20 coffee year, it was still way below the 10-year average (2007 and 2018) of US cents 135.3 per pound.

Elsewhere as coffee farmers and traders continue to feel the pinch, other traditional Ugandan exports are also under pressure. A comparison of export earnings of the 6 months before Covid-19 (September 2019-February 2020) and the 6 months after Covid-19 (March-August 2020) also shows declining export revenues on many other agriculture exports, almost all of them double-digit.

Your Excellency, if there is one lesson we should pick from the Covid-19 crisis is the need to not only add value (like you have always emphasized to especially the bazzukulu), but even more importantly the need to diversify. Value addition and diversification are important because, truth be said, some markets for some of our agriculture products are over saturated. Even with value-addition, we can only go far, because we do not have much competitive advantage.

That is why we believe Uganda has a real opportunity to establish both a competitive and a fast-mover advantage in the medical marijuana for export business- we have the right climate and more arable land than most, if not all our neighbours combined. If we miss this opportunity, we may probably never catch up.

Medical Marijuana is a whole new industry, a game-changer. Global Research firm Nielsen predicts that by 2025, sales of all legalized cannabis in the U.S. alone will reach $41 billion. Medical marijuana for export will not only create new revenue streams for the country, but it will also spur many other local value-addition sectors and thousands of jobs.

Your Excellency, the private sector has been ready since 2018 and we believe that now, more than ever, there are all reasons to fast-track legislation on medical marijuana production, to give Uganda competitive edge.

The Ruparelia Group, one of the largest commercial agriculture players that controls over 40% of the cut flowers export market, registered Premier Hemp Limited in July 2018. We are ready and willing to leverage our expertise in commercial agriculture to grow this golden crop on a large and for-export-only scale. But we are not alone, 20 other companies have applied for licenses as provided for under Section 11 (1) of The Narcotic Drugs and Psychotropic Substances Act, 2016 and are waiting for clearance and written consent of the Minister of Health.

Will there be challenges and mistakes along the way? Yes, like any other new industry, there will be very many challenges, but as you rightly told Uganda on June 08th 2017, during the reading of the 2017/18 budget: “Failing is part of success. Therefore we shall learn from our mistakes, and keep trying until we succeed.”