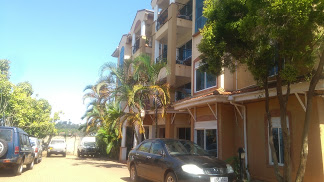 McDowel Apartments, one of the properties bought by senior Stanbic Bank executives for UGX1 billion

Myriad Investment Club Ltd, a company belonging to Stanbic Bank’s senior executives that are accused of colluding with other bank staff to buy off, very cheaply, a property of a distressed client was registered weeks after the property had been advertised for auction, an investigation by this news site has discovered.

According to documents seen by this website, in what appears to be a swift and carefully orchestrated insider dealing scandal, it took Myriad Investment Club less than two months to register, secure a bank loan and buy off Plots 1,3,4,5 and 6 Works Close, Luzira on the 25th of March 2020 for UGX1 billion.

Documents from Uganda Registration Services Bureau (URSB) show that Myriad was registered on the 3rd of February 2020- although the process started in January, a few days after the property had been advertised for sale, sometime in December 2019.

The property in question belongs to Macdowel Ltd, a Ugandan company. According to our investigations, the land in question has an apartment hotel on it- McDowel Apartments.

Beatrice Odongo, one of the company’s directors, in a 23rd September 2020 letter to the Special Investigations Division of the Criminal Investigations Directorate, has asked police to investigate circumstances under which their property was illegally sold, yet the loan has been repaid.

Under s.39(2) and (3) of The Mortgage Act, the sale of mortgaged property by a bank to its employees is a crime punishable by imprisonment of not less than 24 months.

“We mortgaged our properties at Plots 1,3,4,5 and 6 Works Close, Luzira to Stanbic Bank (U) Limited as security for a loan advanced in 2017. We have since paid off the entire loan, but the bank has refused to release our titles,” says Ms. Odongo in the letter to police.

She also says the alleged auction did not take place but rather a deal was weaved from within the bank and with the collusion of bank officials who are colleagues to the accused.

“The sale agreement was drawn by the bank’s legal department, colleagues of the buyers’ directors/shareholders. It bears the stamp of Head PBB Credit, Stanbic, and signature of Denis Lugoloobi, Senior Manager Credit Evaluation signing for the bank. Stanbic Bank conspired with its employees to grab our properties at a low price of UGX1 billion. Stanbic even gave them the opportunity and time to obtain credit from DFCU to finance the purchase. The sale agreement indicates a public auction and sale was concluded on 25th March 2020,” Odongo says.

Kenneth Kitungulu and Daisy Nitwe signed the sale agreement as the buyer’s directors, according to documents we have seen, raising questions why the Stanbic Officials who closed the agreement did not raise a red flag since the buyers are fellow senior executives and certainly known to them. For example Emmanuel Rukeeba, Head Products and Analytics is a senior executive in the Personal and Business Banking department, that is responsible for executing the sale.

In a phone interview with this reporter, Mr. Kitungulu neither denied nor accepted the allegations but said the matter is being handled.

“That matter shall be handled by the bank and the courts. It is a matter in court and I shall not comment on it,” he said before hanging up.

Cathy Adengo, the bank’s spokesperson refused to comment on the matter, saying that: “This is a matter in court, and in respect of the litigation process, Stanbic cannot comment any further.”

She also refused to say if the bank was taking any action on the accused officials.

Anne Juuko, the bank Chief Executive Officer also remained mute on the matter that involves many of her former colleagues at the bank, before she became CEO. She did not respond to questions on if the bank has commenced any internal investigations on the matter and or if any action, such as administrative leave, has been or is being taken against the accused executives. She also did not respond to our questions on what is the bank’s internal code on insider trading.

The allegations, if true will hit hard Stanbic Bank which has positioned itself as a responsible lender and a champion of SMEs especially during Covid-19.

Particularly for Anne Juuko, all eyes are on her to see how she deals with the accused executives, who until December 2017 were her colleagues in the Corporate and Investment Banking unit. It is Kitungulu who replaced her as the Head, Global Markets when she left for Namibia in 2018 to become the Head for Corporate and Investment Banking, from whence she was appointed CEO in January 2018.

Anne Juuko is the first Stanbic Bank insider to be appointed CEO in a long time- as her predecessor Patrick Mweheire and several other CEOs before her were all appointed from outside of Stanbic Bank Uganda.